In this three-part series, Nesta Challenges’ executive director, Tris Dyson, explores our attitudes to entrepreneurialism and education. In this first part, Tris looks at the challenges and why it’s important we overcome them.

According to psychologists, we are predisposed to focus on negative news – a bi-product of evolution to keep us out of harm’s way.  In the current climate of uncertainty, it’s tempting to dwell on a potentially dismal future without acknowledging the creativity, entrepreneurship and innovation all around us.  If we look back, the UK has a long history of creating great entrepreneurs and innovations; James Dyson’ bagless vacuums, ethical cosmetics from Anita Roddick’s Body Shop, world-leading artificial intelligence from Deep Mind, forward-thinking support for homeless people with John Bird’s Big Issue and pioneering space tourism from Richard Branson (well, hopefully).

In 2012, Enterprise Educators UK and the Quality Assurance Agency defined the importance of ‘enterprise’ as “the application of creative ideas and innovations to practical situations”.  This is important in a climate of rapid transformation driven largely by technology; every individual, business and organisation in the UK must be agile, innovative and creative.

According to the Global Entrepreneurship Index the UK ranks fourth. The perception remains that entrepreneurship means starting a new business, but it is not the only measure of a nation’s ability to generate new ideas that contribute to growth or problem solving. 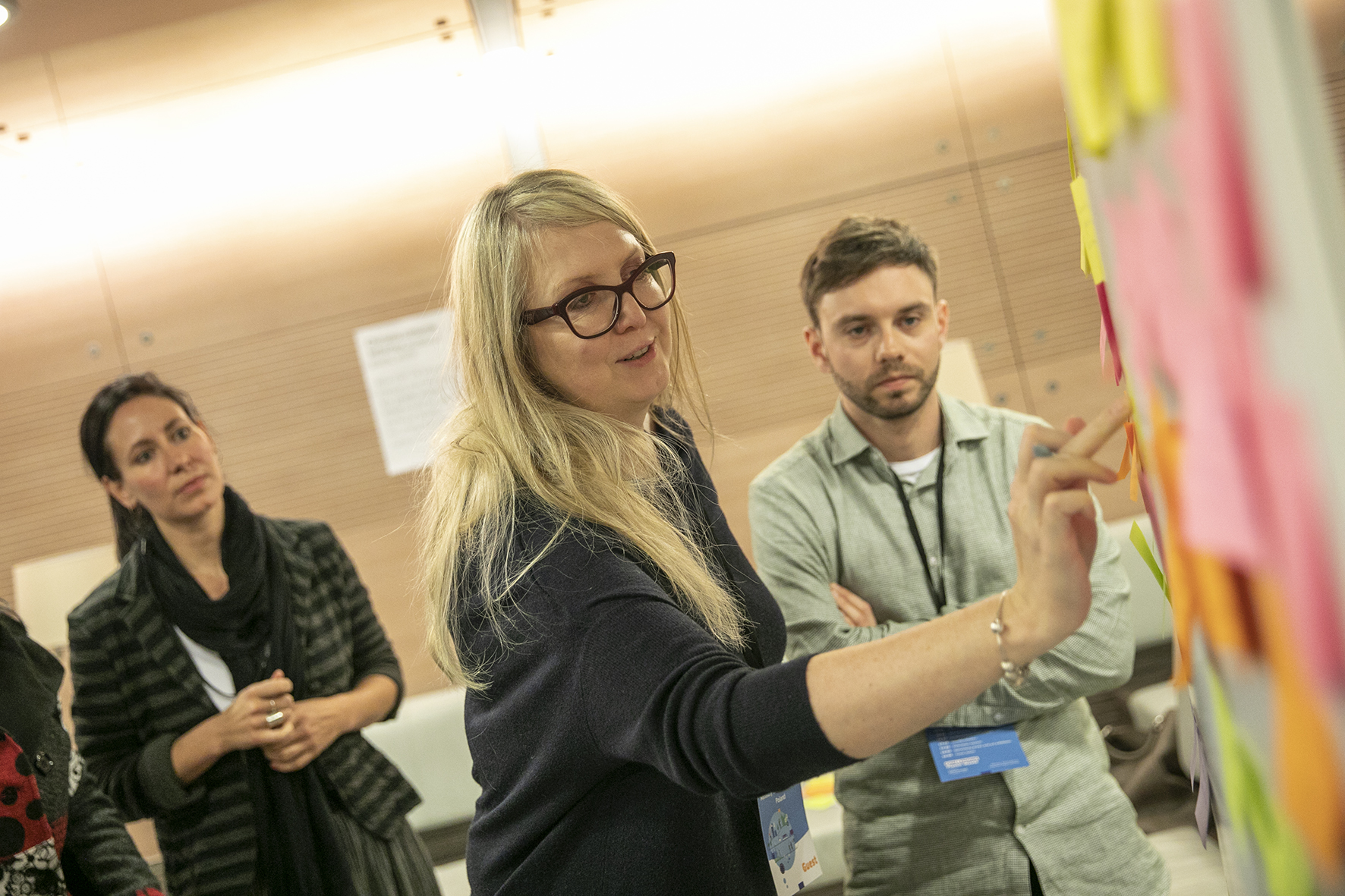 In the World Economic Forum’s Europe’s Hidden Entrepreneurs report, it acknowledges the value of “intrapreneurship” too. This is where workers formulate and implement new ideas within organisations rather than starting their own businesses. Reassuringly the UK ranks fifth in the world.

All sounds pretty good then? We cannot afford to be complacent – the world is changing fast; markets and traditional business sectors are transforming beyond recognition. We hear lots about automation and the potential effects on jobs.  From robotics, fintech, proptech, legaltech (all underpinned by AI) to driverless cars, tech-driven agriculture and healthcare solutions, we must run to keep up. Add to this an aging population, urbanisation, and environmental issues requiring a new green economy – they demand solution-driven entrepreneurship and creative thinking like never before.

Too often entrepreneurship and innovation is perceived as an activity of a small minority.  However, with the change happening around us, we must support growth with fresh thinking. At school, college and university, we are prepared for the world of work to find a job in an existing business or embark on a traditional profession. Very rarely, if ever, is being an entrepreneur presented as a viable option.  It begs the question: why have we not framed entrepreneurship as a way of life, inherently creative and liberating, rather than associated with a very narrow career-path?

We have quite a staid view of the “traditional” entrepreneur, unfortunately it fits an age-old stereotype.  A recent Nesta report found that innovation is basically a privileged male-only activity; a good indicator being that only 7% of the people who applied for patents in the UK are women. This is an astonishing gender gap compounded by a significant under-representation from disabled people, ethnic-minorities or socially-disadvantaged groups in science and engineering.  The Campaign for Science & Engineering reports that only 10% of Britain’s engineering workforce is women and 6% is BAME (black, Asian and minority ethnic people).

It’s therefore time to grasp the nettle and consider entrepreneurship, enterprise and innovation as a big opportunity for the UK moving forward. Rather than focusing on the negative news – on what’s missing and lacking in our culture – we need to talk about the opportunities.

There’s no doubt that there’s a lot of work to do, and schools are clearly the place to start.  The 2018 A-level results confirmed that girls are still less likely to take STEM (science, technology, engineering and maths) and despite receiving 55% of A-levels, girls received just 43% awarded in STEM subjects.

The Nesta report concluded that there was simply a huge deficit in exposure to innovation for school children, but also where the opportunity for change is greatest.   We therefore need to ensure that early on, children from all backgrounds are encouraged to make space for themselves in these subjects.

In 2015 and 2017 we ran two pilots of our Longitude Explorer Prize, challenging 11-16 year olds to create innovative technological solutions to big social problems using STEM. The kids involved came up with some extraordinary products, taking them from concept to development, learning about the power of enterprise as a means of bringing great ideas to life. The success of the pilots has resulted in nearly £1m of investment from the UK government to expand the programme this academic year to show many thousand more young people the power of creative innovation and the possibilities of an entrepreneurial way of life.

The journey of an award-winning smart wheelchair

The value of competitions in STEM