The injustice of George Floyd’s murder earlier this year, although not a new narrative, grabbed the world’s attention and served as a powerful catalyst for action. Against the backdrop of COVID-19, the disparity, disproportionality, and devastating health and economic impacts on Black lives have served to highlight ingrained inequalities. In response, individuals and institutions publicly acknowledged structural racism, some recognising their role in maintaining systems that have oppressed Black communities for centuries.

However, the focus on reactive company statements, diversity initiatives and donations risks perpetuating a single narrative; that of Black helplessness and reliance. Instead, we must do more to proactively amplify the stories of real transformative change being led by Black innovators; those who authentically serve their communities, disrupting ‘business as usual’ practice as they show us how to ‘walk the walk’ towards racial equity. 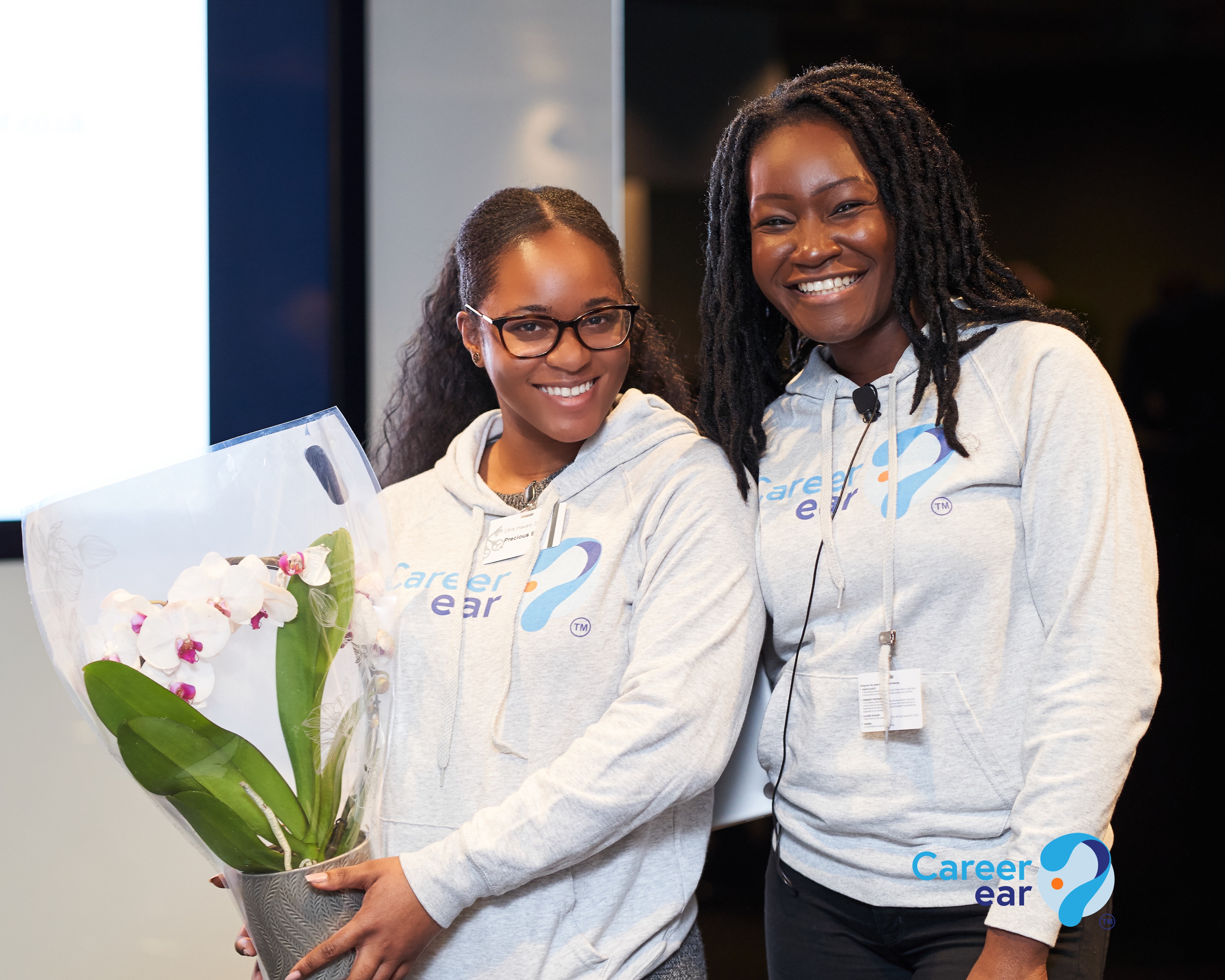 Community focused and data-driven platform CareerEar was founded by Claudine Adyemi and Precious Ene, and are finalists in the CareerTech Challenge. Their platform means that individuals will be able to explore tailored content, ask questions to industry professionals and access career opportunities from events and training programmes through to entry and mid-level roles.

Kike Oniwinde, Founder and CEO of UK start-up BYP Network, has created a platform to address a major structural barrier: Black underemployment. Launched in 2016, BYP Network connects Black professionals with each other for networking, and with corporations for job opportunities.

It is a shared, collective experience of many Black children to be told by their parents: ‘you have to work twice as hard to get half as much’. After decades of effort, unfortunately, evidence still proves this to be true. Research from Nuffield College has shown that with identical CVs, Black job seekers are required to send out twice the number of applications as their white counterparts in order to get a positive response – demonstrating that things have barely changed since the 1960s. This is an issue faced by most Black workers, including graduates, who have been attending university at higher rates than their white counterparts for the last 12 years. Despite this, they are less likely to secure employment after graduation and are less likely to be promoted or hold senior positions, due to bias and limited access to ‘the right’ networks and opportunities.

Creating visibility of Black role models at all levels in all industries, BYP facilitates mentoring and up-skilling for its global community of over 50,000 members. Their partnerships with over 200 businesses serve to act as a bridge to the Black community, whilst they hold those companies accountable for genuine organisational change. 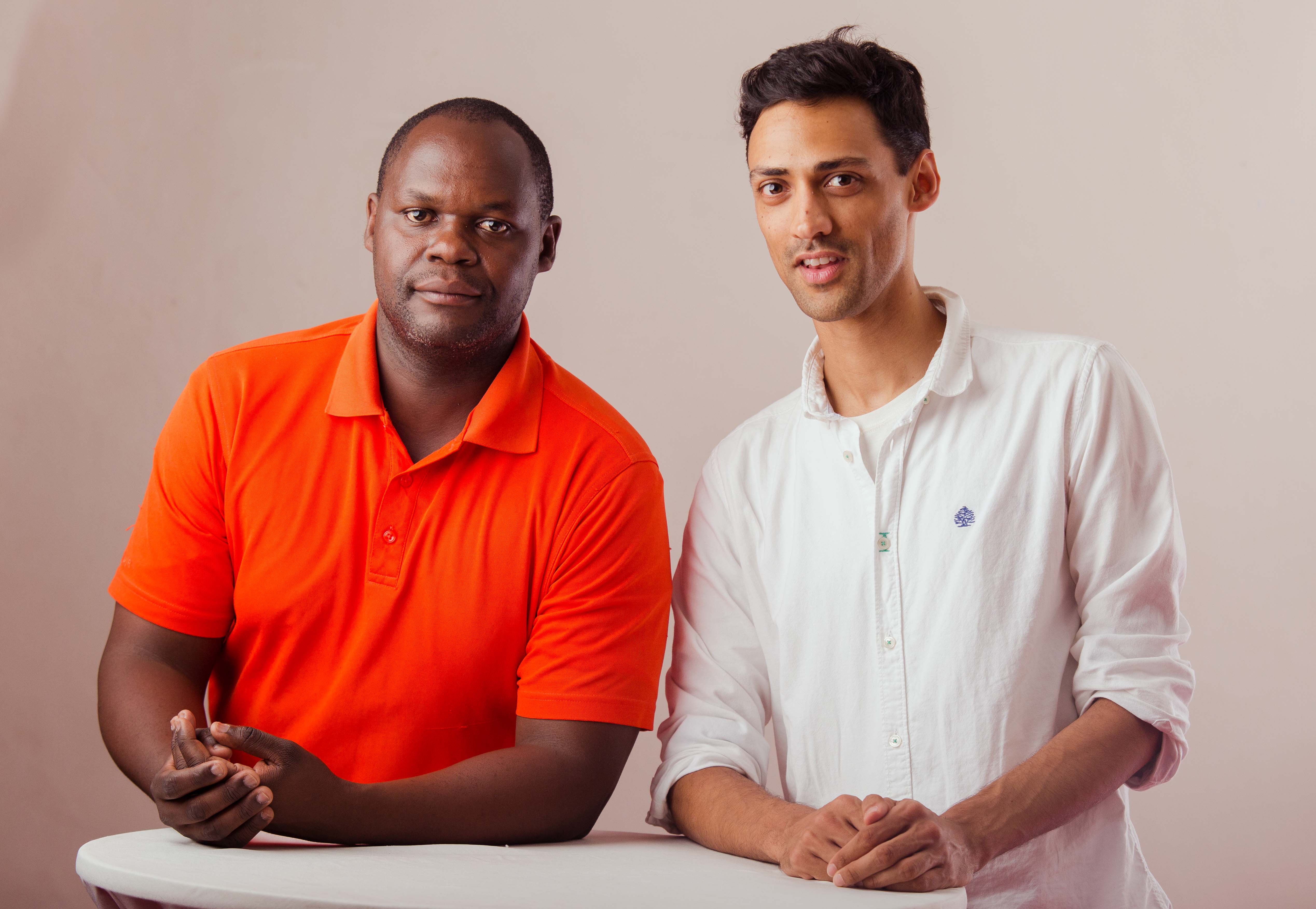 Grand Prize winners of the Fall Army Worm Tech Challenge, The Fall Armyworm Virtual Advisor is an interactive solution that provides knowledge on how to identify, scout, and treat fall armyworm to its users. The tool is integrated into Farm.ink’s award-winning mobile service, Africa Farmers Club, an online group and chatbot that enables more than 150,000 farmers across Africa to find information about farming.

Of the 5.9 million UK businesses, only 0.75 per cent are Black-owned, although Black people account for 3.3 per cent of the population. This is despite the fact that ethnic minority early stage entrepreneurial activity has trended at almost double that of their white counterparts in the recent past. To enable more innovations within the Black community, this disparity needs addressing, as a study by the Innovation Caucus shows that 59 per cent of Black and ethnic minority entrepreneurs are motivated to find innovative solutions to the disadvantages their communities face. However, the study also found that they lack access to culturally representative business support networks which in turn limits access to peer support, knowledge and contact sharing; and relatable role models, mentors and sponsors who could provide advice and guidance.

Social innovators such as Deborah Okenla, founder of YSYS (Your Start Up, Your Story), have emerged to fill the gap and increase access to support for Black and ethnic minority founders. Starting as a WhatsApp group in 2017, YSYS has helped over 10,000 diverse people advance in tech through their pre-accelerator programme and tech talent network.

Another example is Foundervine, founded by Izzy Obeng in 2018. Foundervine is on a mission to remove the social barriers to entrepreneurship, helping over 2,000 diverse future leaders with entrepreneurial ventures through start-up and scale-up acceleration programmes.

Dr Dexter J.A. Penn, Founder and CEO of Kalgera, who was a finalist in the 2020 Open Up Challenge designed a platform that uses neuroscience and AI to detect and predict financial vulnerability to help prevent fraud.

Whilst support and community is important, funding is crucial. Banks are more likely to reject loan applications for Black-owned businesses; and with Venture Capitalists giving only 1 per cent of their funding to Black founders, it’s understandable why a recent report by 10×10 & Google for Start-ups found that 88 per cent of Black founders have self-funded their start-up.

London-based, Black-owned VC, Impact X have formed to counter these statistics, funding under-represented entrepreneurs who demonstrate an ability to positively impact lives globally. Pioneer Demi Ariyo’s venture, Lendoe, has been creating access to fair finance by partnering with community lenders;  disbursing close to £1 million in loans to predominantly Black, early-stage businesses in the UK since 2018.

Innovative funding models have also emerged from British Nigerian, Jermaine Craig, who founded Kwanda. Modelled on the traditional practice of collective finance in Black communities (Pardnas), this digitally enabled collection pot for supporting Black communities currently has over 2,500 ‘villagers’ pledging funds monthly. With an equal vote, voice and full transparency – due to its open ledger –  ‘villagers’ determine how grants are distributed.

These are only a few examples. There are many Black-led organisations taking action to tackle persistent economic inequalities by harnessing the value of their collective lived experience and removing barriers for others like them to succeed. The power of these changemaker stories have the potential to not only shift the way those outside the Black community sees it, but also how the Black community sees itself; catalysing exponential empowerment and growth. Representation matters, so we must elevate these stories in order to achieve sustainable impact, whilst listening, enabling and partnering with Black innovators and networks who know what they need and how it should be delivered.

Designing the cities of the future

Why the UK should empower cities to shape urban air mobility

The public impact fundamentals of drone use in UK cities

Five areas we need innovation in the water sector now