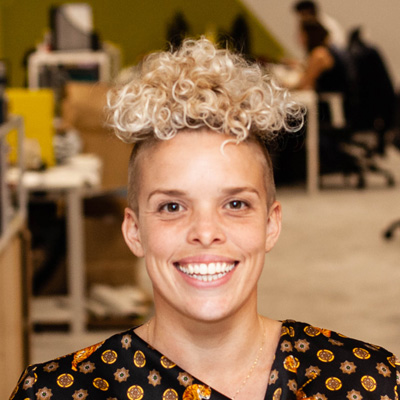 At Nesta Challenges, Karmel is part of the Rapid Recovery team and leads on the innovator journey, programme delivery and communications. Previously at Nesta she was part of the Future News Fund team – encouraging innovation in public interest news and also as part of the Rocket Fund team, taking an internal startup to scale, attracting investors and facilitating a spin out.

Karmel loves programmes, projects and ideas which have humans at their heart and has spent fifteen years working in grassroots community focused organisations around the UK designing and implementing programmes, often with a creative edge. She’s dabbled in festival coordination and knows her way around a comms strategy.

Since leaving Manchester and the epic music scene she was once part of, she’s swapped microphones for walking boots and surfboards and pursues a semi-rad outdoorsy life where and when she can escape le grande smog.

Who are the Rapid Recovery Challenge semi-finalists?