When Sibjan Chaulagain returned home after university he taught computing. But he quickly realised he could put his skills to better use.

He used his knowledge of electronics and communications to design a website and app that allows Nepali farmers and smallholders, like his parents, to quickly and easily access up-to-date information on agricultural techniques, pests and diseases, market prices and weather forecasts.

KrishiGuru was downloaded 80,000 within the first 17 months and Sibjan’s firm, ICT4Agri, has secured a partnership with Nepal’s largest private telecoms company which will see it marketed to up to 16 million people.

ICT4Agri was one of 143 entrants to Nesta Challenges’ Data Driven Farming Prize – a challenge designed to find new and innovative ways of improving agricultural productivity and the livelihoods of smallholders in Nepal.

KrishiGuru was downloaded 80,000 within the first 17 months

While digital technology and the information it can disseminate has enormous potential to transform agricultural practices, all too often the data is locked away in government and research institutions, out of farmers’ reach.

The Data Driven Farming Prize, which was launched with The United States Agency for International Development (USAID) in February 2017, challenged innovators from around the world to harness technology to create apps, sensors, software and widgets capable of improving smallholders’ productivity. 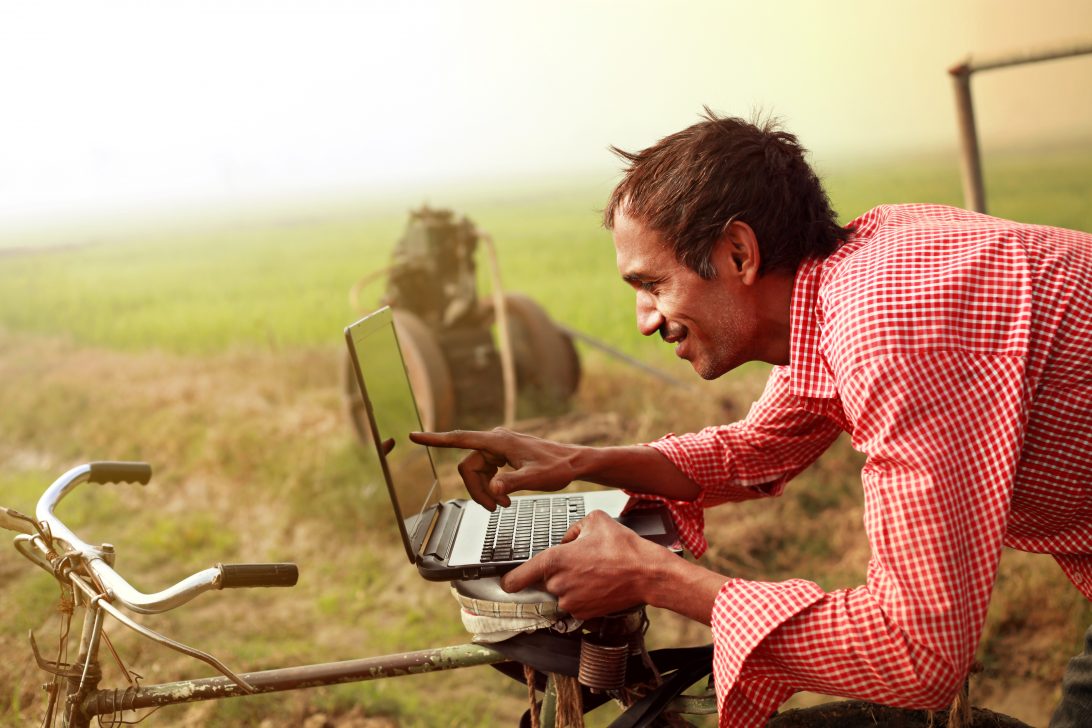 This could be by providing up-to-date market prices, information on fertilisers, advice on pest control, data on soil moisture levels or another tool or innovation that would update improve yields, profitability and livelihoods.

Thirteen finalists, including six from Nepal, were selected from 143 entries from 27 countries.

The finalists each received $2,500 of seed funding, as well as access to practical support, including workshops on business development, mentoring from a field partner and help developing a business plan.

“The Data Driven Farming Prize has been game-changing for us. All of this would never have been possible without it.”

The four winners – two of whom were from Nepal and two of whom hadn’t worked in agriculture before – were announced in September 2017 and shared $300,000 in prize money.

The two $100,000 prizes for the most viable product went to db2Map, from Nepal, which created GeoKrishi, a web and mobile platform with information tailored to a user’s location, and German firm PEAT. 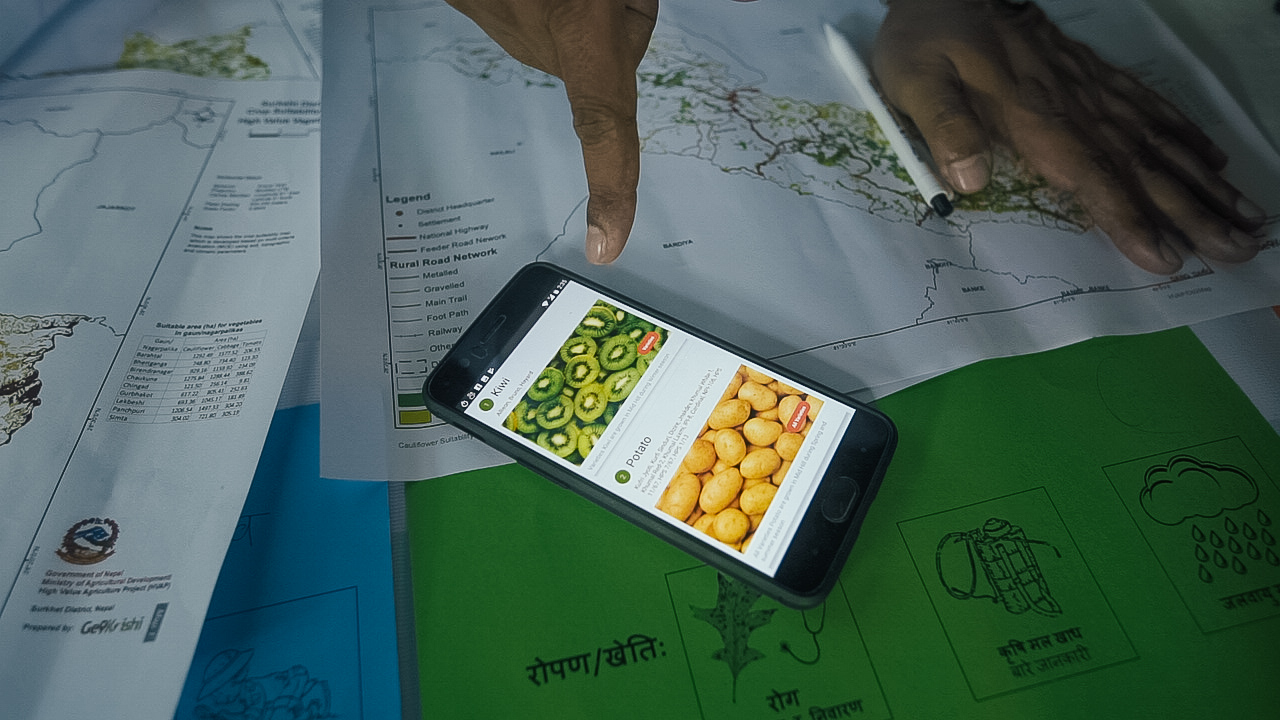 PEAT’s Plantix app, a “plant doctor for your pocket”, provides instant diagnoses of crop diseases from pictures taken by farmers on their mobile phones, as well as advice on how to treat them.

Sibjan’s KrishiGuru platform and a soil moisture sensor developed by Canadian start-up, Spero Analytics, were each awarded $50,000 for having the greatest potential.

One of KrishiGuru’s users, Joyti Gurung, has told how her group of female farmers used the weather forecasts it provides to nurture their vegetable seedlings.

“We covered the seedlings when heavy rain was forecast and managed ponds to harvest water. When there was no rain in forecast, we carried water to irrigate because there is water problem at our village.” 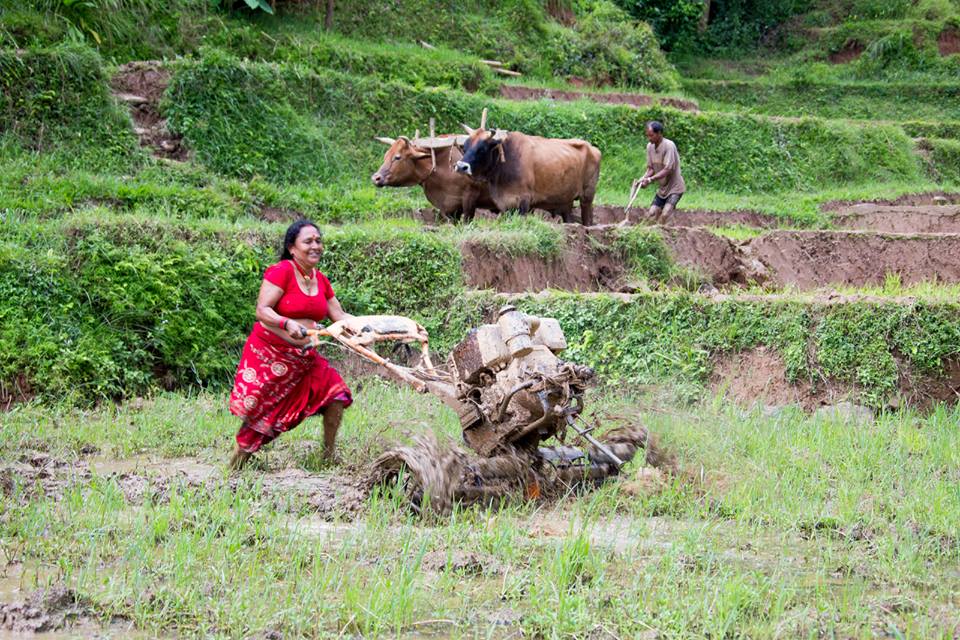 Another farmer, Kuber Chaudhary, has described how a trader only offered him the right price for goods after his daughter showed him the figure on KrishiGuru.

The finalists have formed at least 22 new partnerships, including links with government ministries, and eight pieces of tech entered the market within six months of the prize ending.

Sibjan believes the Data Driven Farming Prize and the prestige it brought was instrumental in ICT4Agri, which he founded with engineer Ishwor Malla, brokering a partnership with Ncell, a mobile phone company with 16 million customers across Nepal.

And in his gaining a place on the Echoing Green Fellowship programme – a world-leading social enterprise scheme which provides more than $4million in seed funding and strategic support each year.