Colour TV or rocket thrust? This was the subject of contention between Nixon and Kennedy when they appeared for their final television debate in 1960.

Nixon, as Vice President of the United States, famously met Nikita Khrushchev in Moscow at an event demonstrating American innovation. The leader of the USSR quipped about the advanced state of its space programme and the thrust of its rockets, Nixon parried with advanced state of America’s television sets. 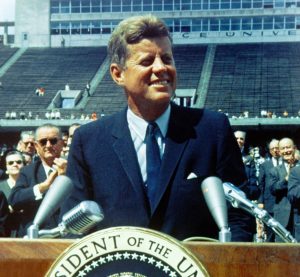 When Nixon and Kennedy met for the head-to-head (a much more sedate affair than the recent slanging match between Donald Trump and Joe Biden), Nixon attempted to leverage Kennedy’s criticism of the US space programme as unpatriotic. Kennedy reminded Nixon of his own words to Khrushchev, and landed a blow with the memorable zinger, “I think colour television is not as important as rocket thrust.”

Kennedy famously went on to challenge America to put a man on the moon within a decade of his election, something achieved in 1969. The mission focused and galvanised research and development efforts, and drove forward innovation and technological advances – its impact on computing and miniaturisation affects our lives even today. 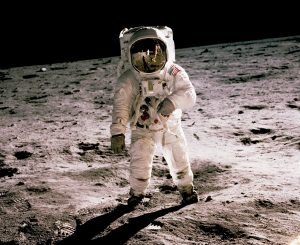 The ‘mission’ is making a comeback, the UK government has doubled down on its commitment to significantly increase spending on research and development, with plans to launch an agency modelled on the United States’ Advance Research Projects Agency (ARPA). With this comes an opportunity to employ innovative methods to fund innovators, particularly through a series of high impact, high value challenge prizes.

This week on Pioneer’s Post, I’ve been writing about recent American and Canadian challenge prizes that have been transformative in their sectors – from space flight to driverless cars – and the lessons that UK policymaker can learn, to make them a mainstay of British innovation policy.

British R&D is world class, we are fortunate to have so many driven innovators, brimming with game-changing ideas. Challenge prizes are an excellent mechanism for identifying, supporting and accelerating that talent to reward the best ideas and grow them into global businesses.

Read the article, Shooting for the moon: How challenge prizes can diversify innovation for more social impact on Pioneers Post.

Is ours a finite world?

Now is the time for Canadian innovation

What can governments learn from Canada’s challenge-driven innovation?

Challenge to cities to shape the future of drones

What role does technology have in making justice accessible to more people in need?

Five drone use cases that will help us map the future

The Green Industrial Revolution: A breath of fresh air… potentially

Everybody be cool: Rethinking refrigeration solutions

Lending just enough for what is needed