A bit chilly and sprinkling with rain, we set up our stand at Middle of Scotland Science Festival (MoSSFest), one of Scotland’s more idyllic science festivals in Mugdock Park near Glasgow. You’d think the weather would keep parents, teachers and kids away from an outdoor festival in October, but then I remembered that we were in Scotland, and not London where people rush inside and order their Ubers.

The festival was buzzing with people, dogs and a lot of interest, especially in learning about artificial Intelligence (AI). We decided to utilise this festival as an opportunity to trial our brand new card game “Think like a Robot”, and I have to say, we learned a lot about how robots think in the process!

The card game uses visual imagery to help young adults work through the very beginning steps of visual machine learning. By comparing flat two-dimensional representations, they were able to pick out the similar and different characteristics and shapes the images have. For instance, a clock and a chimpanzee both have a face, but how do we teach a robot to discern between the two? And airplane and an owl both have wings – so in the early learning processes without any other information, a robot might think these are the same thing.

Hey @MOSSfest, we’re coming for you! The #LEP2019 team will be at the Middle of Scotland Science Festival this Sunday, drop by our stand to play fun #AI based games and find out more about the #LongitudeExplore Prize! #artificialintelligence #machinelearning #ukedchat #ukedtech pic.twitter.com/SRZEl1CRGX

Just like humans learning from childhood, piece by piece, robots can learn. One noticeable difference, however, is context.

While we know that a hippo has four legs, even if we can’t see them in a photo as we know that is what a hippo has, we can usually imagine them being there. A robot  doesn’t automatically have that context because it thinks more literally, and therefore sees an image of a hippo with two legs and categorises it as something with two legs instead of four.

Until we tell a robot that a hippo can have 1-4 legs and also programme some other distinctive hippo characteristics into the robot (barrel-shaped body, short legs, a short tail, an enormous head, small ears, big teeth that may or may not poke out of its mouth), it won’t know that a two dimensional representation of a two legged creature can be a hippo. 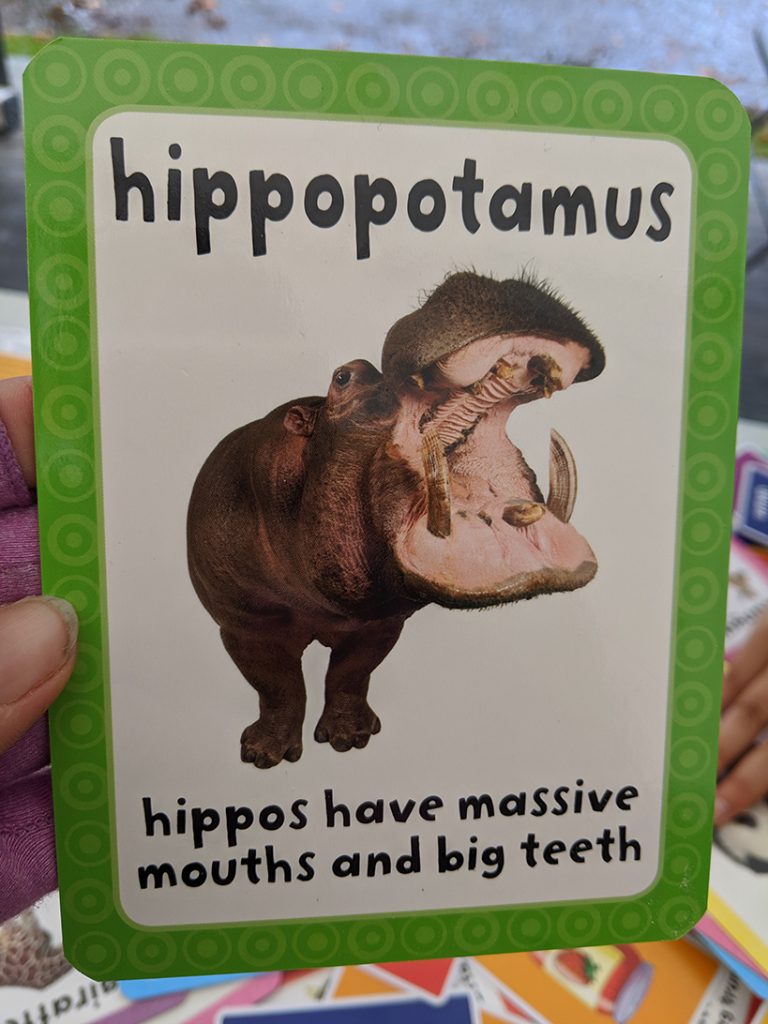 Obviously Artificial Intelligence learning gets much more complicated than this, but the purpose of this game is to teach young adults the basics on machine learning, and hopefully inspiring them to think of ways this technology could be used for social good.

When asked what he would use robots for to help the world, a boy around the age of 13, named Simon, who came back to our stall several times with wide eyes, said:

“I would make a robot that would recognise my nan who is in a care home – it would know her face, her voice, her schedule, and it would be there to chat to her when she gets lonely and remind her about when me and my dad are coming for a visit.”

We are playing this game across the UK in upcoming trips listed below. And if you are interested in receiving a copy of the game, either a print-ready version for download or an official version by post, please join our mailing list where we will be releasing more info. 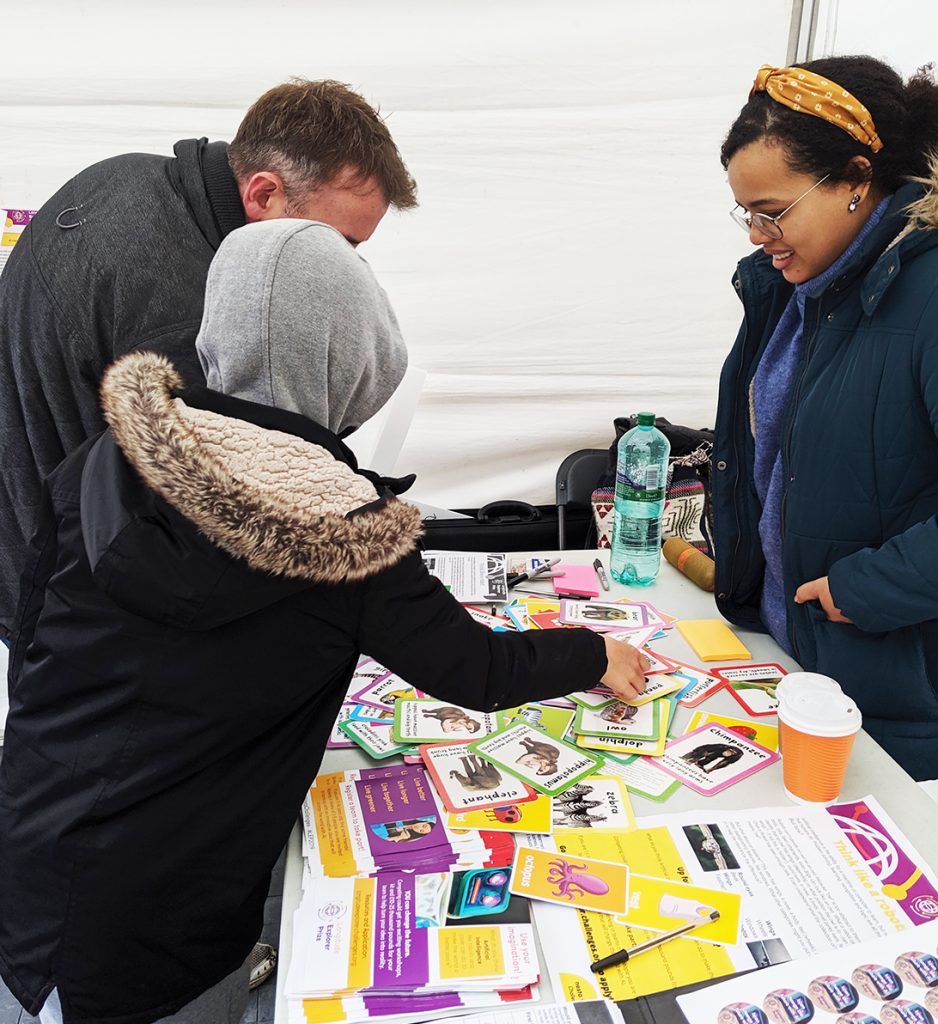 This blog was originally posted on the Longitude Explorer Prize site.

The value of competitions in STEM