“Teach the public about AMR in the same way that they have been educated about Covid-19 and change can happen in a matter of months.”

In 2004, Vanessa Carter was involved in a car accident that caused devastating injuries to her internal organs, as well as multiple facial fractures. After a facial implant prosthetic, Vanessa developed an infection which resulted in a decade of surgeries to manage. In and out of hospital, Vanessa was kept on multiple courses of antibiotics. After a year, the infection was worse. In a final emergency surgery, the plastic surgeon removed the prosthetic and sent it for testing. Confused and concerned, Vanessa called for the results and for the first time, was introduced to the term ‘MRSA’ (methicillin-resistant Staphylococcus aureus).

“I was shocked to find out I had an antibiotic resistant infection. I had been taking antibiotics continuously between different doctors, half the time quitting a course because it didn’t seem to work. I did not know about antibiotic resistance. If I had, I feel I might have asked for a test and removal of my prosthetic sooner. When I explain what happened to my face and resistant infections, most people really don’t understand.

Living with multiple prosthetics in her face, Vanessa is especially vigilant about infection prevention and control, “It’s quite easy for bacteria to get in through my artificial eye when I touch my face and then pass on to the other prosthetics inside”. Covid-19 has prompted her to take additional prevention measures like wearing a mask and regular hand washing and sanitising.

Making the risks of AMR clearer to the public is crucial

Vanessa hopes that as a result of the pandemic, the mass education of the public in the best ways to prevent and control infection will complement efforts to tackle antibiotic resistance,

“I think the public education messages to tackle Covid-19 are a good foundation to build on and raise awareness of antibiotic resistance. I think there is greater public understanding of the difference between a viral infection and bacterial infection and when an antibiotic is required or not. I hope that knowledge will help people to be more questioning when they are prescribed antibiotics. I won’t touch an antibiotic unless I absolutely need it, I had to learn the hard way when I had no idea how important they are.”

Vanessa would like to see the introduction of measures that help make the risks of AMR much clearer to the public,

“Much of the information patients are exposed to is highly scientific, difficult to understand and often hard to access. Number one, pharmaceutical packaging needs to carry a very visible warning. Second, more patient-friendly information needs to be made available online. In South Africa, it needs to be available in different languages, as well as graphics for those who may struggle to read.”

Vanessa is an internationally recognised South African Facial Difference and MRSA ePatient speaker. She is also the founder of hcsmSA, which is an acronym for Health Care Social Media South Africa. 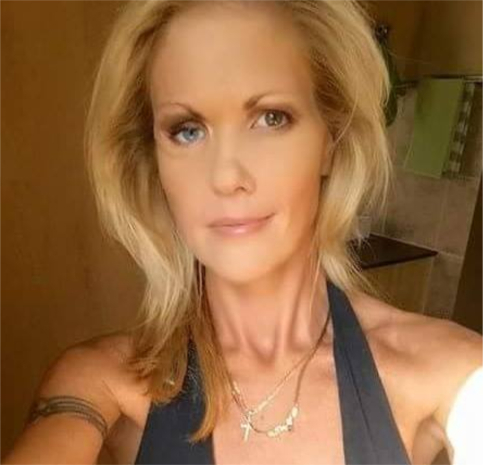 The benefits of data sharing

2020 has seen unprecedented co-operation between governments and the medical sector to respond to the Covid-19 pandemic. Vanessa sees a potential silver lining for antimicrobial resistance. The sharing of data that has helped deliver rapid advances in tests and vaccines sets a precedent that could see AMR datasets shared wider. She recognises that some countries are more conservative about sharing this type of data, but believes governments and the wider public recognise the importance of holistic data in tackling infections.

“I also think it’s a good opportunity to teach people how different microbes move from animals to people and can travel around the world quickly. We need to leverage the situation to educate people about infection prevention and control and reinforce the differences between bacterial infections and viruses. I think much more can be done to advertise the message.”

Vanessa is not convinced the government of South Africa takes AMR as seriously as Covid-19,

“There is also a major funding deficiency in terms of public awareness and AMR compared to Covid-19. Many non-profit organisations got involved in spreading the Covid-19 message as funding priorities shifted. There’s never really been an AMR funding drive to encourage charities and other civil society organisations to get involved.”

Education has been crucial in helping people understand the spread of Covid-19 and the preventative messages they are able to take. In the context of antimicrobial resistance, Vanessa believes the public deserves to be given more credit,

“I think for some people it seems like it’s too difficult for the public to understand, but just as no-one understood Covid-19 a year ago, with a bit of effort, education and empowerment is achievable. Teach the public about AMR in the same way that they have been educated about Covid-19 and change can happen in a matter of months.”

On Vanessa’s part, as an activist and campaigner, she will continue to raise the issue of AMR, educate decision makers and promote better antibiotic stewardship to ensure a future where antibiotics are able to cure infections and are prescribed only when essential.