People don’t like to borrow, but they love to save.

It’s impossible to unlink borrowing and saving. In every face-to-face interview we conducted, members brought the conversation around to saving. People don’t like to borrow, but they love to save.

Credit union members are telling us that their number one financial goal is to save. Responses are startlingly consistent: “I want to have good savings and borrow less”, “I aim to pay off debts and save more” or “I’d like to have savings and no debt.”

Central Liverpool Credit Union is proud to have helped its members raise £10m of savings in an area that’s in the top 0.1% most deprived in England. This passion for savings has rubbed off on members. The desire to save is influencing the development of the NestEgg mobile app that we’re building as part of the Affordable Credit Challenge. 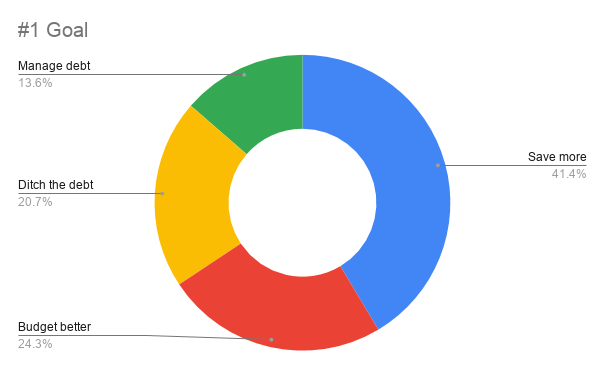 The ‘job to be done’

Building systems to make it easier to apply online for credit is a good thing. But it’s only one step in the consumer’s wider ‘job to be done.’ Interviews and surveys with members have helped verify our hypothesis that cutting the cost of credit is only one step in a longer process of improving financial health.

Many credit unions run Save as You Borrow schemes. Members allocate a proportion of their regular repayment to a savings account, so as the loan is repaid the member is building their savings, thereby reducing their need to borrow in the future. These schemes act as nudges members to save regularly. Over time, members save more. Eventually members build a nest egg. If we only built an online loan application system, we’d not be helping members reach their financial goals. It’s not even half-completing their job to be done.

Making it easy to open savings accounts helps people to start saving. But most activity in a credit union takes place in lending. This is where we can make a real difference. People start off borrowing and then turn into savers, through the Save as You Borrow scheme. These schemes can give consumers the necessary nudge to move along to the next ‘job step’, which is to start saving regularly.

Savings build over time. For example, people who have been members of Central Liverpool Credit Union for more than two years have 25% of their loan balance held as savings. When someone has been a member for five years the saving to loan ratio is over 50%. For every £100 borrowed, £50 is held as savings. The credit union is helping members get their job done (to save more and borrow less). The NestEgg app puts the opportunity to save more and borrow less directly into the hands of consumers themselves. This helps reduce bad debt. Members with a savings stake in the credit union are, we estimate, half as likely to default on a loan.

In a recent survey, we found that “building up a safety net to avoid having to borrow for unexpected expenses” was extremely important for members (4.7/5). But people think they can do better. Satisfaction with achieving this goal level was only 3.7/5. But for non-members satisfaction fell considerably. People want to save. Borrowers are keen to make the step to become a saver, but they struggle. However, they are more likely to succeed if they are a credit union member.

Life for members is characterised by a juggle between borrowing and saving. Janet had been a member for 8 years. She’d recently borrowed to fix her car. Generally on top of day to day finances, it’s the unexpected big bills that throw her off track. Janet had built her savings up over time. She prefers not to know how much is there, “It’s too tempting. I only borrow if needed and make sure I save as much as I can”. Janet’s loan to savings ratio was 60% – £600 in savings and a balance of £1,000 on her loan. Despite this, Janet had no intention of using her savings to pay down the loan. She valued the ‘safety net’ she had painstakingly built up too much.

Stuart came for an interview and described how during his earlier life he’d managed to save regularly. But a loss of work meant he’d ended up borrowing. However, when Stuart lost his income and was looking for work, he didn’t raid his savings. Instead he applied for a credit union loan.

This determination to hold onto hard-earned savings is not unusual. In our recent survey Central Liverpool Credit Union members told us it was important not to raid their savings (4.5/5). Members of the credit union were reasonably satisfied they’d achieved this (3.9/5) but non-members far less so. It’s clear from these results that credit unions are educating members to in good savings habits. It’s this culture of caution that NestEgg is digitising and building into the new mobile app.

Stuart, Janet and 1,000s of other credit union members have done well. And against the odds.  When people must cut spending in order to save more, they often perceive this as a loss, as it usually means a decrease in spending money. People often consider losses to be far more important than gains (by a factor 2:1 according to the authors of The Nudge by Cass Sunstein and Richard Thaler). This means that you need to find £20 to make up for the loss of £10. This tendency is known as the loss-aversion bias.

Sunstein and Thaler found that people’s reluctance to save ‘today’ could be overcome if people were encouraged to promise to save in the future. The resulting Save More Tomorrow programme has been hugely successful. Encouraging employees to make an initially small contribution to a pension plan, they then increase payments with each annual pay rise. Loss-aversion is kicked into the long grass. The programme doubled the amount that people were saving in their pension pot within four years.

Credit unions have their own ‘tomorrow’ nudge – the Save as You Borrow scheme. If you want to borrow, you’ve got to save. Over time you might qualify for a larger loan. Consequently, your savings contribution also rises. And members are happy to be nudged in this way. “It’s good to still save whilst repaying” one member told us. “Borrowing is helping me save” said another.

The Affordable Credit Challenge enables NestEgg and Central Liverpool Credit Union to bring borrow, spending and savings Financial Health Indicators (FHIs) into credit assessment. Importantly, the FHIs follow the steps in the job to be done we describe above: borrow more affordably, start saving, increase the savings ratio and ultimately, build a nest egg. The Borrowing FHI enables better credit assessment. The Spending FHI is taken into account for credit applications, but it also enables an applicant to identify ways that they can budget to both pay down debt and save more. The Savings FHI shows lenders what assets a borrower has and helps members achieve longer-term goals like saving regularly, improving the savings to loan ratio and building a nest egg. Each of these job steps lead to better financial health. We can scale low-income savings by improving people’s financial health tomorrow by making it more affordable to borrow, and easier to pay down debt and save today.

Just like members, credit unions juggle savings and loans. For most of the sector savings outweigh the value of lending on balance sheets.  NestEgg clients however, are bucking this trend. Westcountry Savings & Loans had their best November. Castle & Crystal Credit Union have seen a 20% increase in the loan to savings ratio over the past 12 months. Central Liverpool Credit Union saw record-breaking lending and new memberships at Christmas time. Consequently, raising lending capital has become a priority.

At the same time the NestEgg app guides members through borrowing to saving, it helps credit unions fund future lending by boosting deposits.  Our member interviews and surveys show that one cannot de-link savings and borrowing. And neither can (responsible) lenders. Any significant increase in the use of affordable credit requires a complimentary scale up of savings. Otherwise demand will outstrip supply. In the minds of members, affordable credit is inextricably linked to saving. So to, should it be top-of-mind for credit unions if they are to succeed.

The Green Industrial Revolution: A breath of fresh air… potentially

ARIA is a good idea, but success will rely on foresight and clear outcomes

Lending just enough for what is needed

What can governments learn from Canada’s challenge-driven innovation?

Who are the Rapid Recovery Challenge semi-finalists?

What role does technology have in making justice accessible to more people in need?